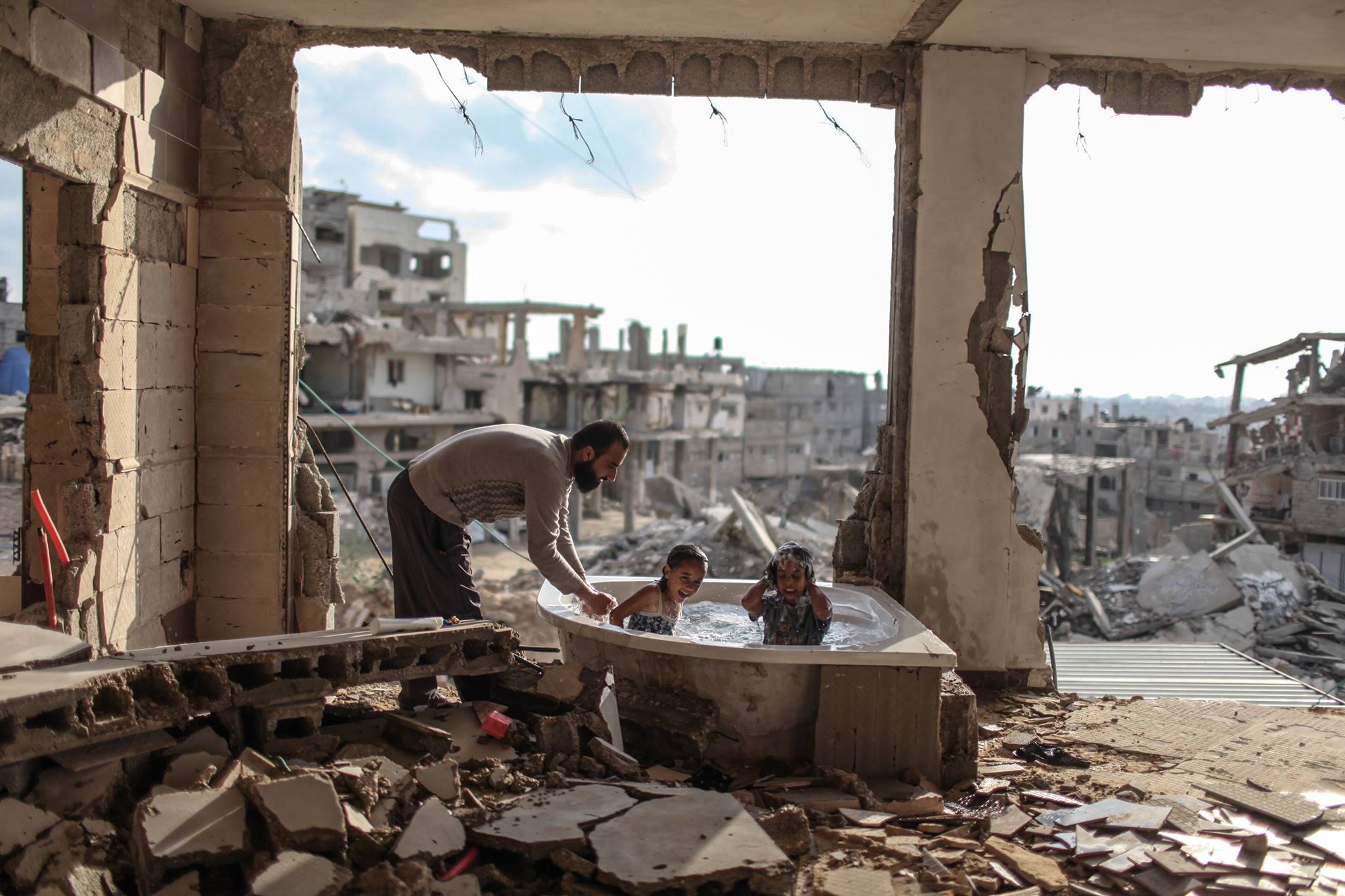 Emad has been covering the Palestinian-Israeli conflict over the last few years, documenting the struggles of life on the Gaza strip. He has photographed bloodied children moments before death, and their anguished parents in the moments after. But among the thousands of heartbreaking images comes this brilliant snapshot of hope and human resilience, titled ‘Bath Time in Gaza’. We asked Emad for some background on his incredible shot, and this is what he said.

“This was taken on June 26, 2015. Salem Saoody, 30, has his ‪‎daughter Layan (L) and his ‪niece Shaymaa 5 (R) in the only ‪‎remaining piece from their ‪‎damaged ‪‎house, which is the ‪‎bathing tub. They now ‪‎live in a ‪caravan near the ‪‎rubble. Every family with a destroyed house was given a metallic caravan consisting of one room and a bathroom, donated by other countries after the war. This photo was taken in Gaza El-shajaia neighborhood after 1 year of the Gaza war which began on the 8th of July, 2014. The water tube is connected somehow to and coming from the caravan they are living in after their house and the whole neighborhood was bombed by Israeli military forces. They probably left the house when the random bombing and airstrikes began, as all the people in the neighborhood immediately left to the center of the city and had no time to even take any clothes or official papers like their ID’s.”

Source of this article