This is a new place that joins the ranks of Rayalaseema Ruchulu, Ulavacharu and other restaurants that serve authentic cuisines. When we arrived on a Wednesday afternoon, the place was bustling. We were given a table, and the person who was taking the order was quite polite and knowledgeable. The ambience was nothing special; it was just similar to a run of the mill restaurant.

What was noticeable were the English phrases which seemed like an uneducated teenager’s writings on the walls. There were terms such as ‘ur’ in place of ‘your’, and the lines were ridiculously written. We were recommended some items, some we chose, some we allowed the waiter to order for us. 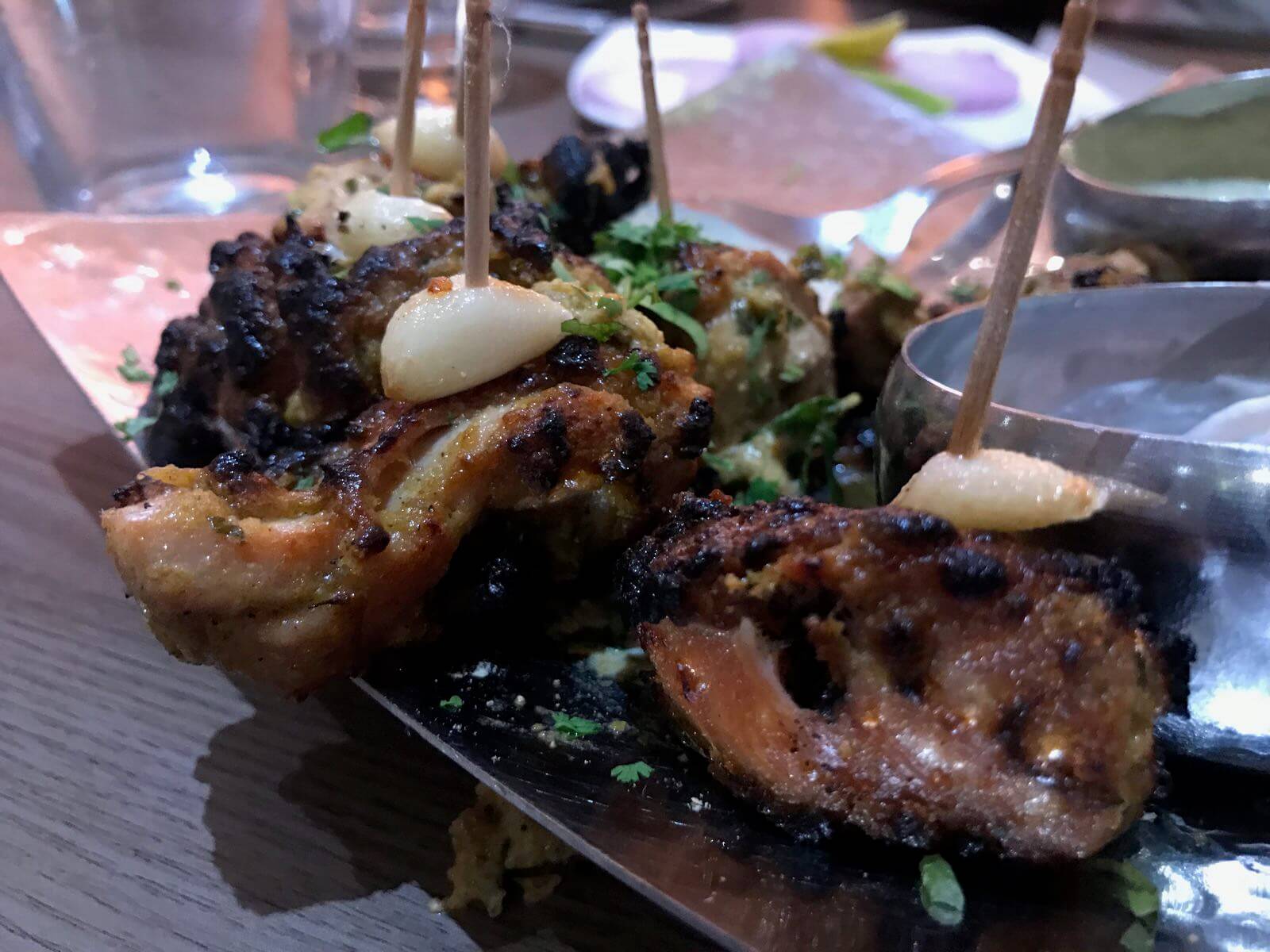 The chicken kebab, which is called the Kodi kebab to add authenticity was just a regular kebab you would find in any North Indian restaurant. It was definitely the 5/5 as it was tender, had the right balance of flavours and the accompanying condiments were also amazing. 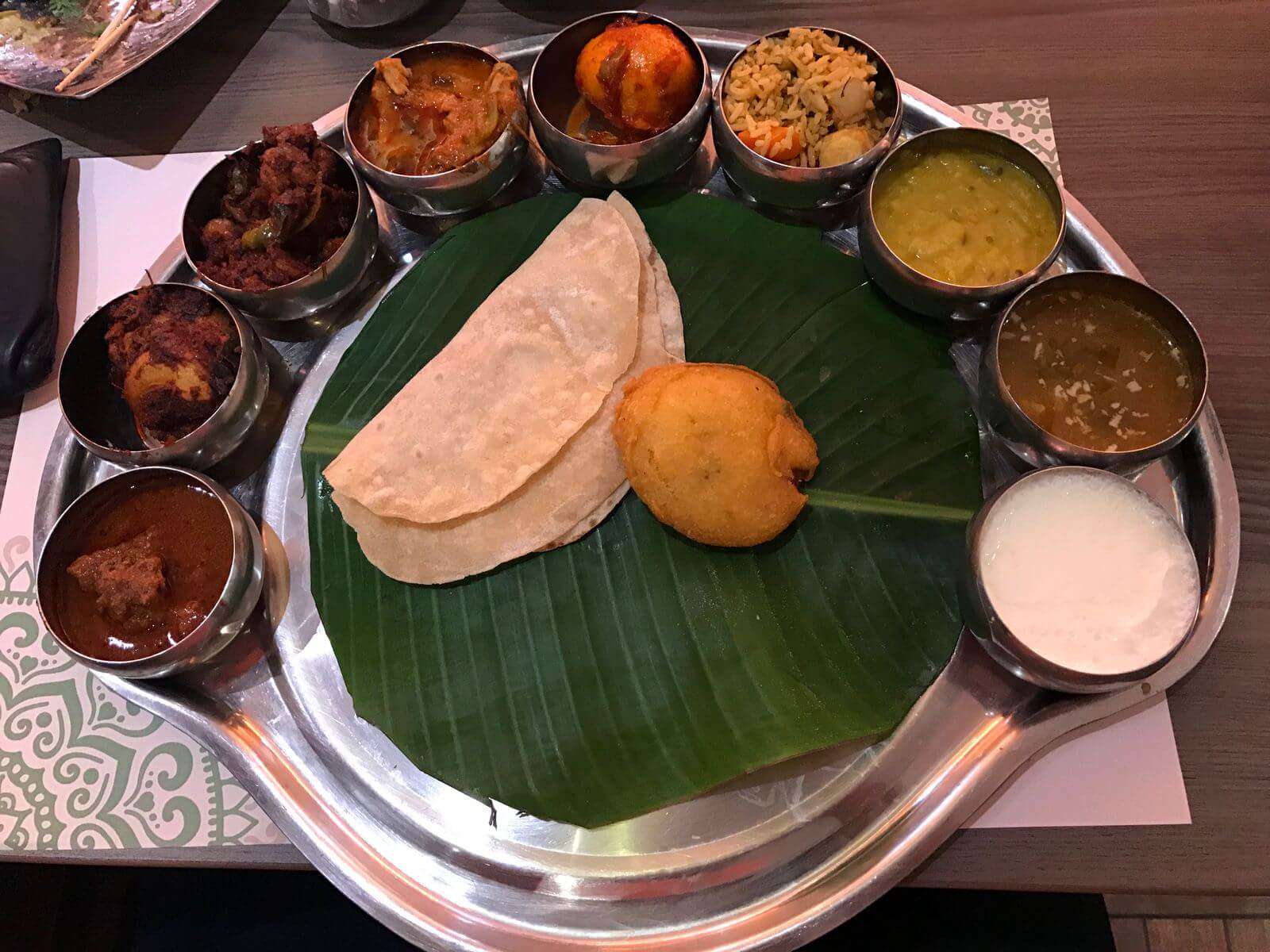 There was nothing royal about this thali. There was a piece each of chicken and mutton, both mostly of bone. The prawns were good but too spicy. The fish was full of sharp bone. Sweet was not served to me on the Thali, everyone who arrived were receiving Kaja’s as a compliment. I asked another waiter why we did not receive our compliment, he brought these in, the other guy who took our order earlier explained that the sweet for the Thali was milk Mysore Pak, when I asked why it was missing he sneakily changed his word saying the Kaja was the sweet for the Thali. This was very unethical and not something you expect when you are shelling close to Rs. 500 for a thali with tax.

Apart from this, the pluka served was terrible, like cardboard. When I asked if I could get some fresh ones, I was told they are all sitting in a hot box. Instead, he offered a tandoori roti to which I agreed, it arrived after 12 minutes. Everything was so spicy that you hardly taste anything apart from a burning sensation on your tongue and mouth. 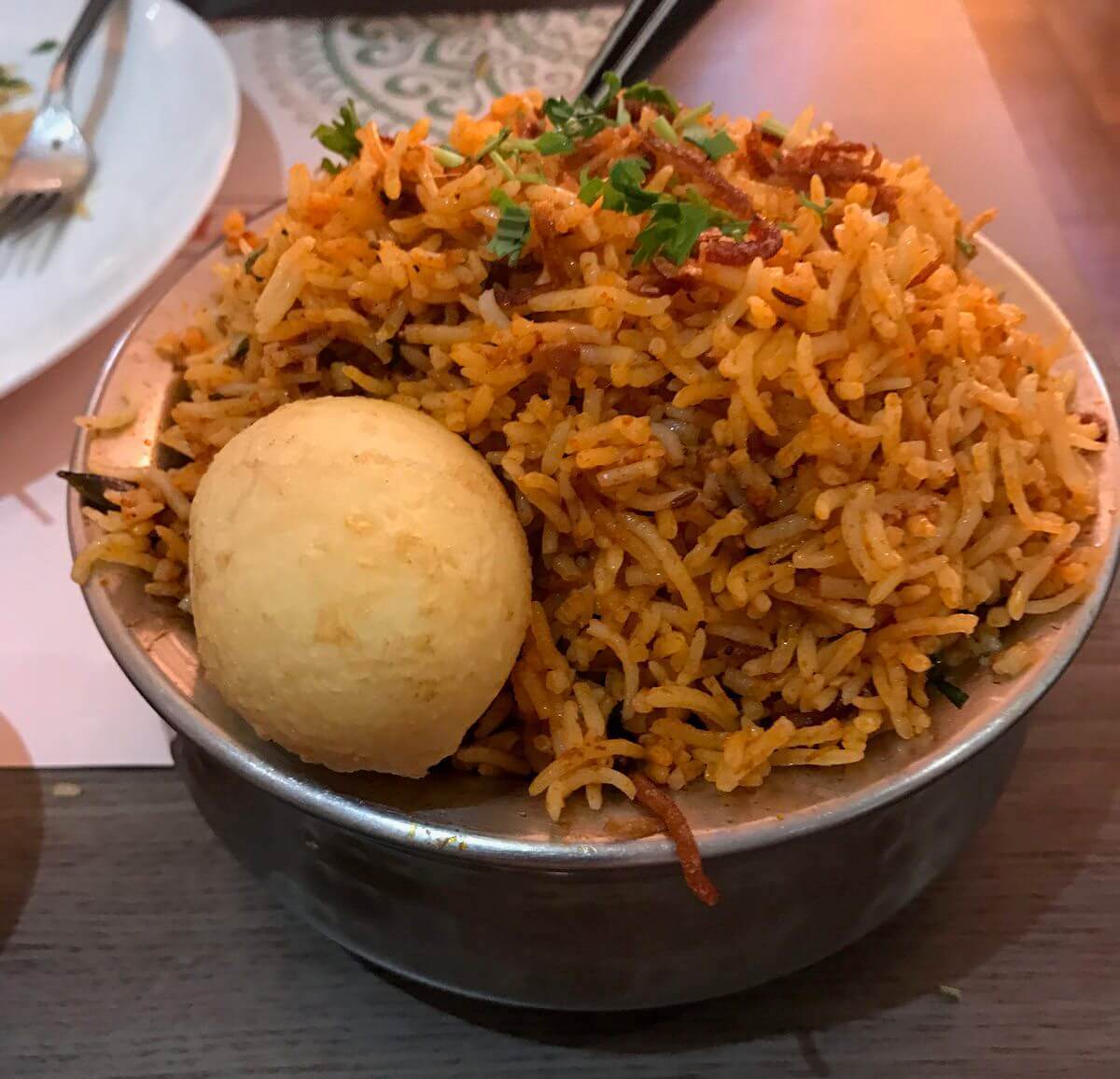 We ordered two variations of pulao, both were good, but the spice was too strong. You hardly taste the chicken or the rice; the spices dominate the whole flavour. After sharing some of the biriyanis from my friends while waiting for my roti to arrive, it all became too much for me and water began running out of my nose and eyes. 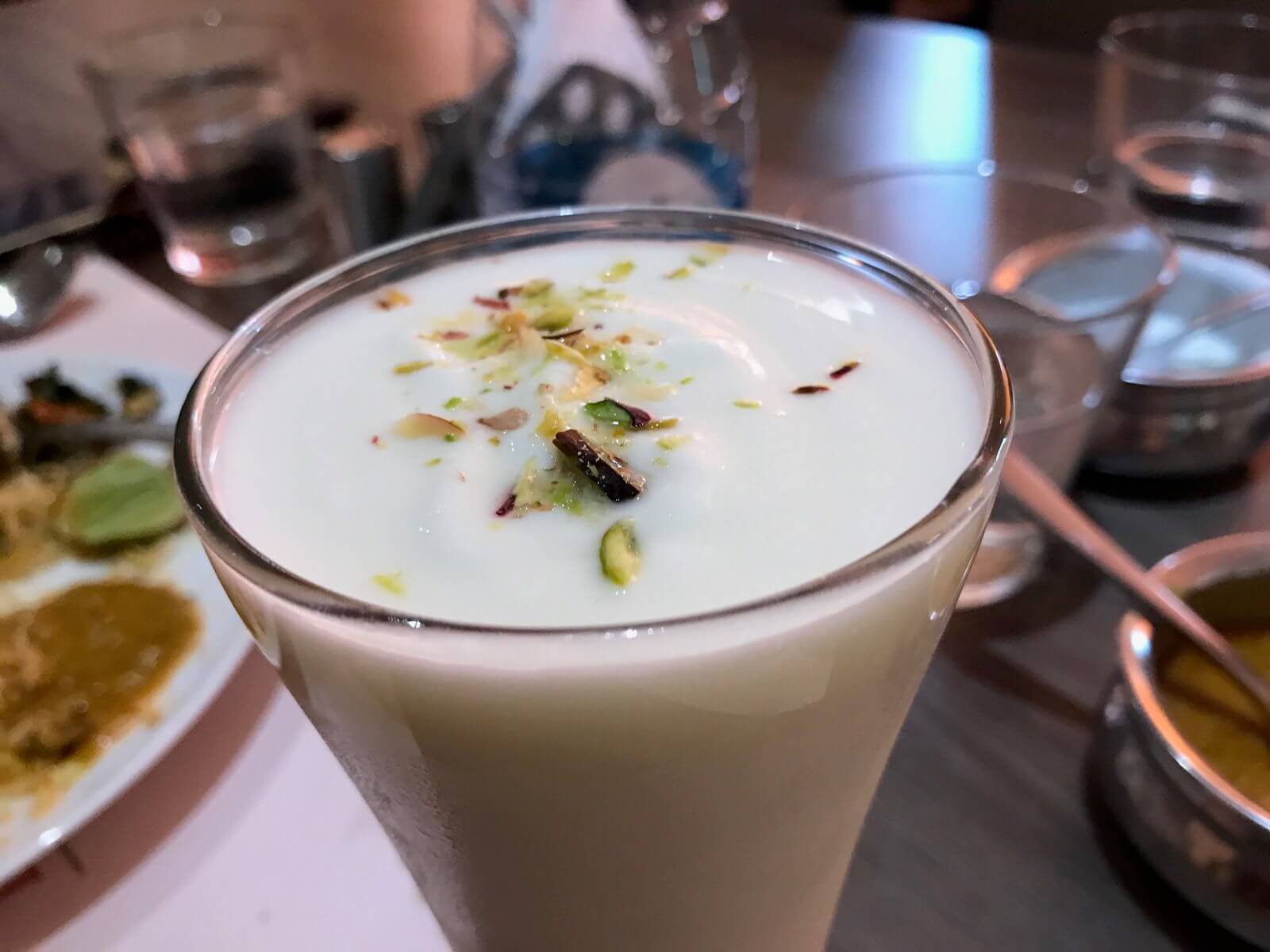 Was thick and my friend really liked it and mentioned that it was one of the best lassis he has ever had. 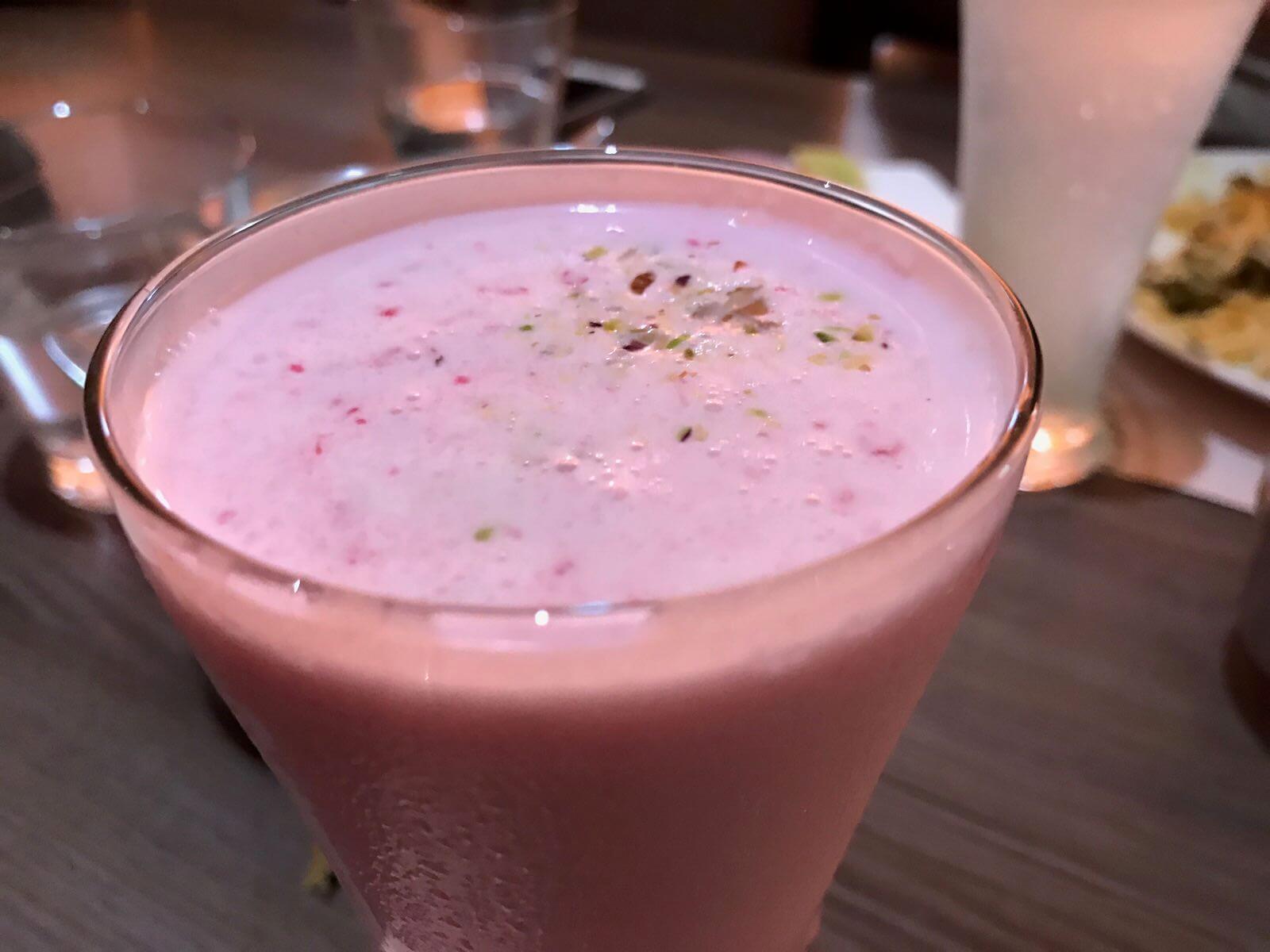 This was a strawberry/rose milk ice cream shake. Nothing like the traditional rose milk that I know.

Overall, it was a decent outing at Vivaha Bhojanambu Jubilee Hills Hyderabad but a couple of instances like the missing sweet and not serving the complimentary sweets to us but to all tables around us and the roti incident made a huge negative impact. The less said about the use of excessive spices and masala the better.