So. The Sky Kitchen Hyderabad – Romantic place to dine

AB’s – Absolute Barbecues – All about quantity, not quality!

The Most Beautiful Shots In Movie History
Food
So. The Sky Kitchen Hyderabad – Romantic place to dine

Four of us visited So. The Sky Kitchen Hyderabad at around 10:15 PM and were promptly seated at the table of our preference.  We were overlooking the KBR park, and it was a serene sight, seeing such a dark patch while sitting in the middle of Hyderabad. This restaurant is located at Film Nagar and is very easy to miss it. It is located on the 4th floor, is a roof top and hence the name Sky Kitchen.

There are three sections to the menu. Indian, continental and Far Eastern. The selection was not entirely run of the mill stuff but seemed like it was carefully put together.

Ambience has to be the highlight of our visit. So. The Sky Kitchen Hyderabad has got to be one of the most beautiful setup restaurants that I have visited, and I did not even visit this with a member of opposite sex, I say this after visiting this with three of my friends.

The place is dark, lit up by ambient light, the partitions are right, you do not see across the other table, and you get a sense of privacy. Let me not misguide you here and clearly state that only three other tables were occupied when we dined.

Either way, if you have a special someone and are searching for a place to go out, try So. The Sky Kitchen. 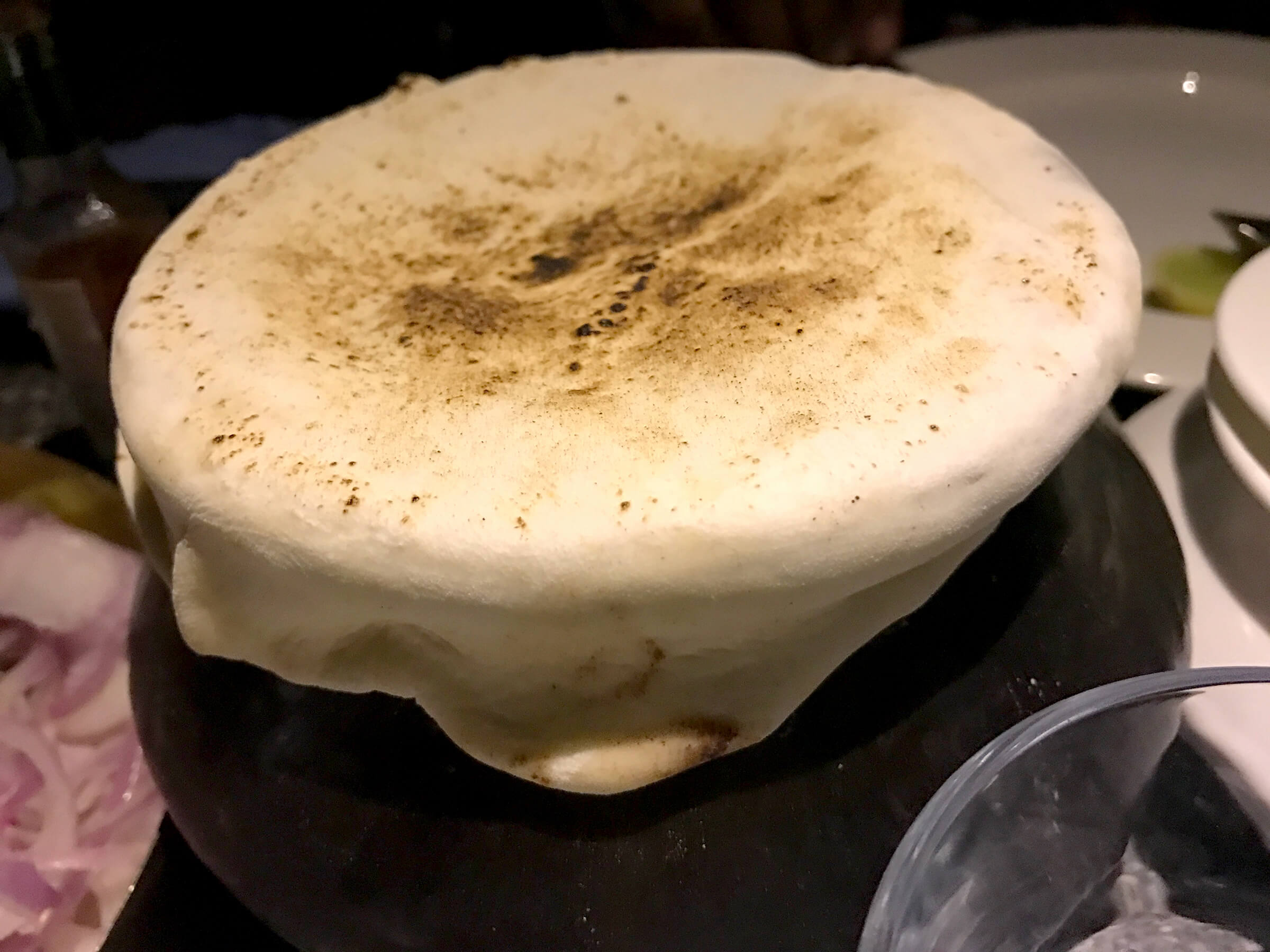 We ordered a Meditterian platter to start. Must say, the portion was quite less for somethingMeditterian and also named a platter. Considering the core ingredients are staples, we would have expected more. However, the staff were kind enough to provide some extra pita.

For mains, we ordered the Pizza Quattro Stagioni, Vegetable Fried Rice, Lucknowi Biryani (Picture above) and I went for a rumali and Murgh Tikka Labhadaar. The Pizza was super stuffed with toppings, a bit too much for our liking and we could not finish it. The portion was grand, but somehow a lot was going on over the pizza. Pizza Quattro Stagioni is a pizza where four different toppings are divided into four quarters, and that was not the case. The vegetable fried rice was nice, nothing special but nice. My Murgh Tikka Labhadaar was too spicy; this was a shocker as this was supposed to be a creamy blend of mild spices with chicken tikka. I asked for some cream so I could subdue the spice, the waiter offered to make it less spicy and took it to the kitchen. In the meanwhile, my rumali roti and garlic naan became sheets of asbestos. When he finally came back with the curry after a reminder, I asked if he could replace my rumali. He hesitated and offered to microwave the roti; we had a laugh when he said that. This is supposed to be a fine dine where we are shelling out nothing short of Rs. 500 for any item with tax.

I then thought maybe the kitchen was closed as it was too late and let him microwave it. It did not fare well, but it was ok I guess. The Lucknowi biryani was excellent. However, the spices were entirely different as expected. We finished out food with the last slice of pizza being the final item. It was too late for dessert.

So. The Sky Kitchen Hyderabad

Overall, it was a very nice visit to So. The Sky Kitchen Hyderabad. With staff including the guard, servers and valet being super attentive we only wish the food was slightly more suited to our taste. We will visit again, this time a little early and order something different.