Mekong – Marigold Hotel Begumpet was on our radar for a very long time. I and Zen made our way to the restaurant for a late dinner at around 21:00. The parking was smooth as the Mekong is housed in Marigold, which in turn is house beside Green Park, the valet parking was easy and we made a swift entry to the restaurant. 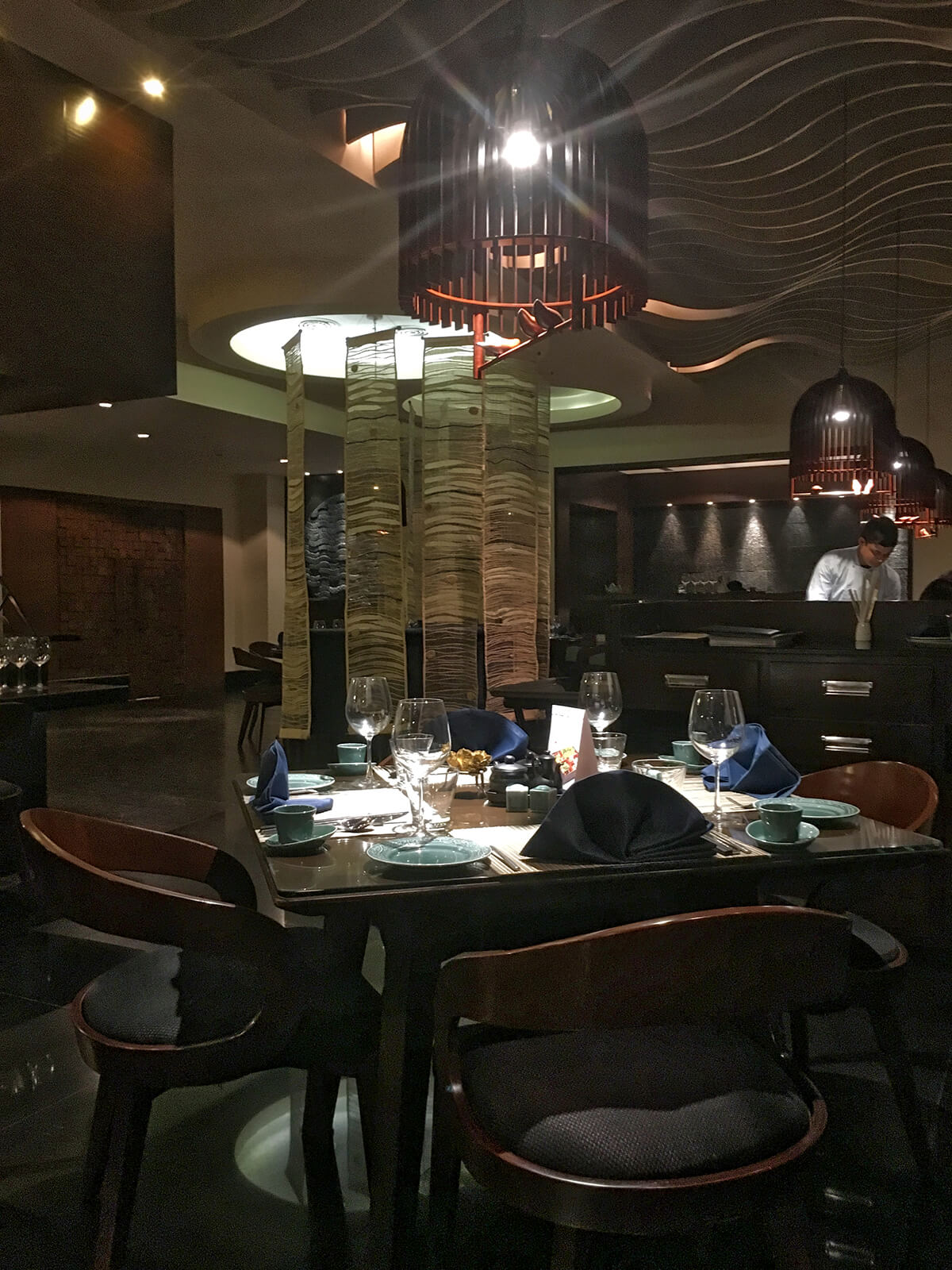 In terms of decor and ambience, I must agree the Mekong – Marigold Hotel Begumpet is one of the best I have seen anywhere across the globe. The attention to detail is impeccable, the host was very eager to seat us and the waiter was very friendly and professional. Although we took a long time to select our order, he was patient and did not rush us.

The Mekong is a river that flows through Thailand, Cambodia, Laos, China, Myanmar and Vietnam. Aptly named as the menu reflects the countries in the dishes offered. It was somewhat weird that Japanese cuisine sneaked in as well. Either way, we ordered crispy lamp and shredded crispy duck. If you have been following my reviews, you will know that Duck is our favorite and we do not miss a chance to order duck when and wherever possible. 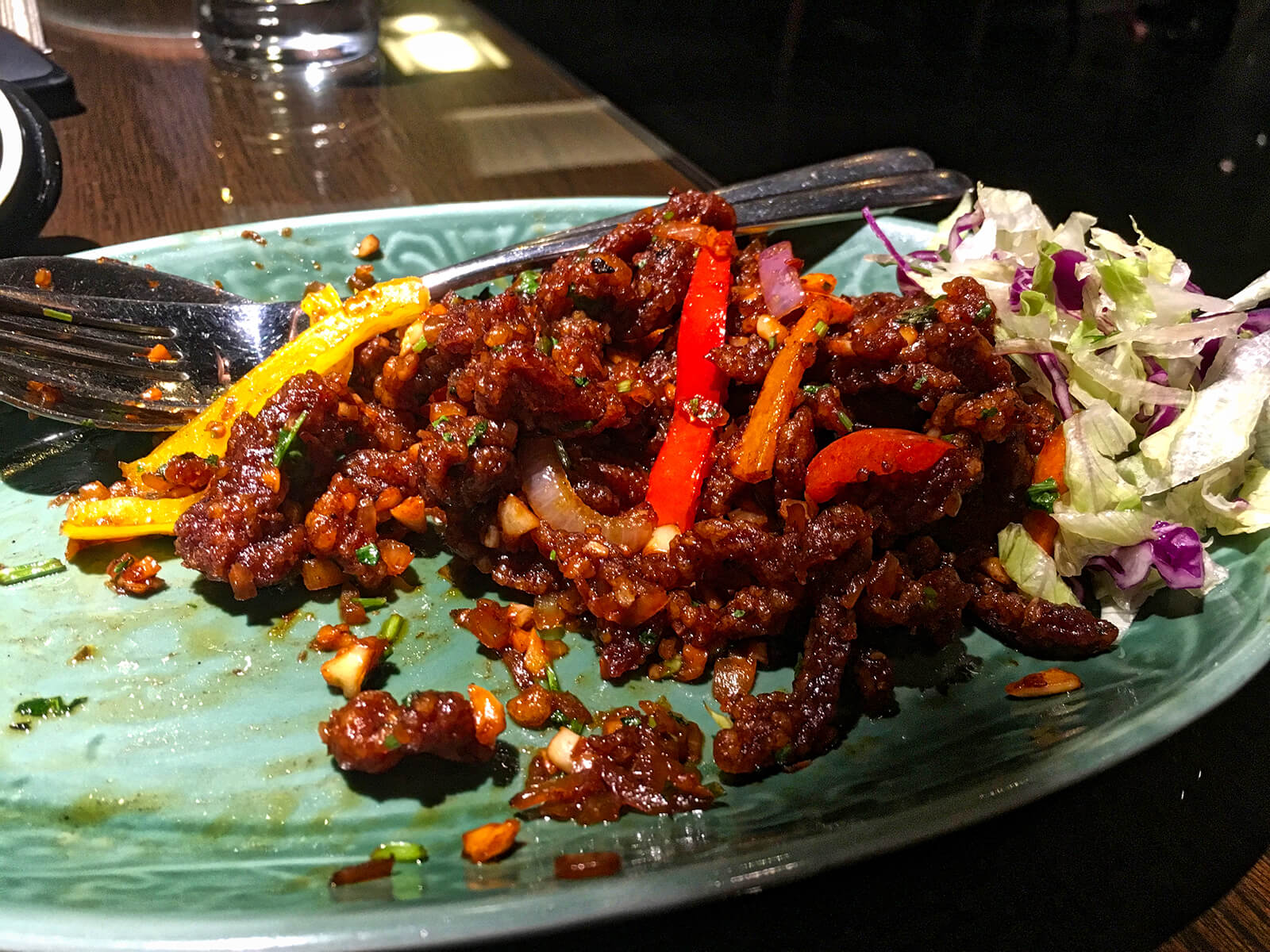 The crispy lamb was disappointing, it was too greasy and just like a generic starter from a regular restaurant. There was no originality to the dish neither was it easy on the tongue with an overload of sauces, it was too strong encapsulating the essence of lamb. We were in for another disappointment when the Crispy duck had arrived, the duck was basically sliced and not shredded, we asked for it to be shredded fine, although the waiter took the dish into the kitchen, they basically only shredded the duck. The concept of shredded crispy duck is that the duck is hung to dry for days and then cooked so there is that dryness to the duck, however, there is another method where the duck is baked, these are methods used in households for a quick turnover and that is what was provided here. We did love the crispy duck which was served to us at the Golden Dragon last year. For some reason, they had the plum sauce drizzled on the huge chunks of dry duck, this was a big no no and a huge yuck for us. 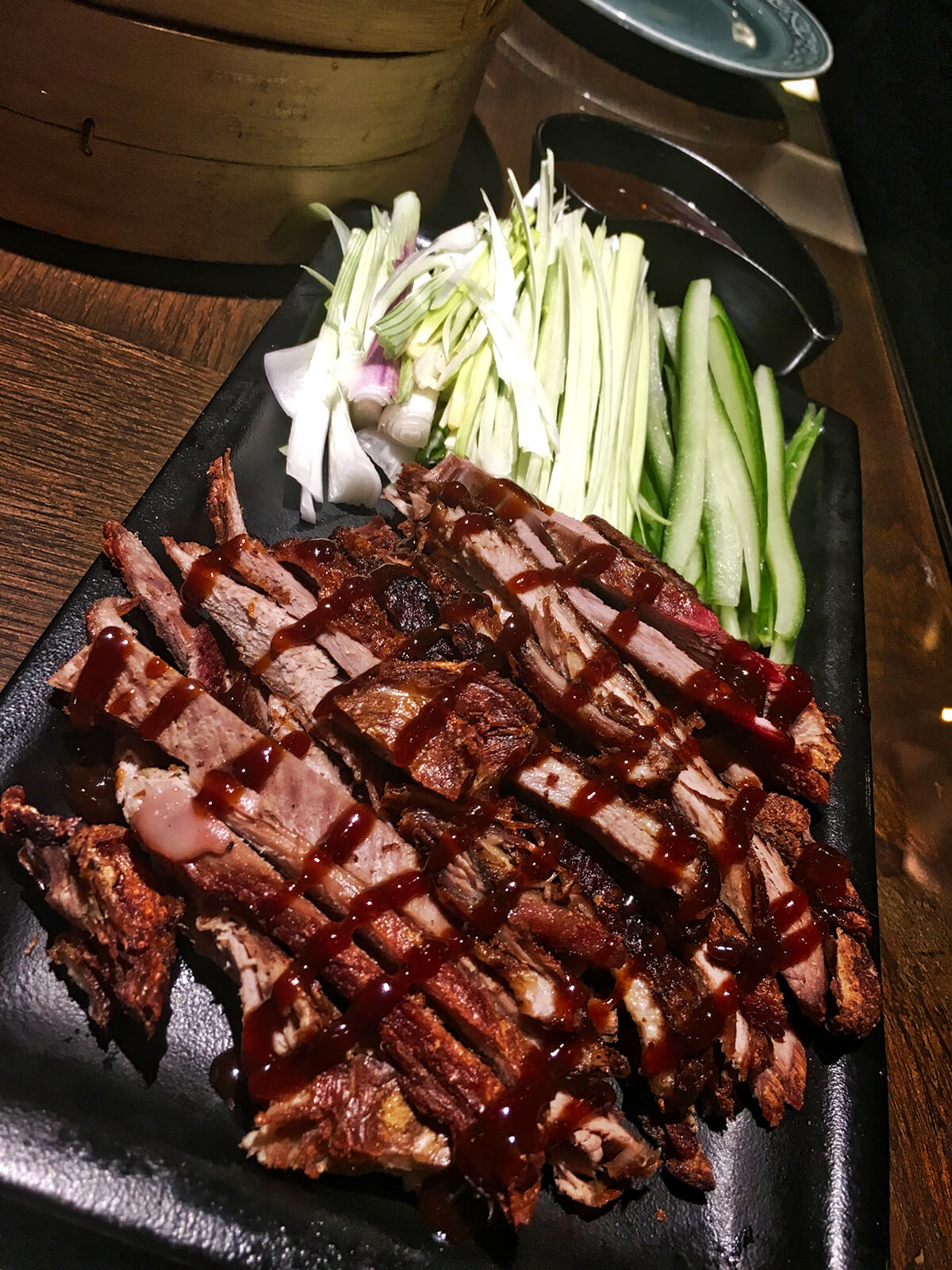 By now, we had lost our impression of Mekong – Marigold Hotel Begumpet, while we loved the ambience and completely appreciated the efforts taken to create this surreal environment. However, the reason we came to the Mekong was to have some wonderful Southeast Asian food and that was a failure. For mains, we only ordered one dish, that was the Lamb shank in jasmine rice. This was recommended by our waiter and this was the worst of the lot. The shanks were so strong, so strong that it was hard for the tongue to accept that and the coconut milk based broth and the rice. The shanks were greasy, the basic concept of food of this cuisine is to keep the food clean and have the flavour of the core ingredient intact, this is what lacked at the Mekong. 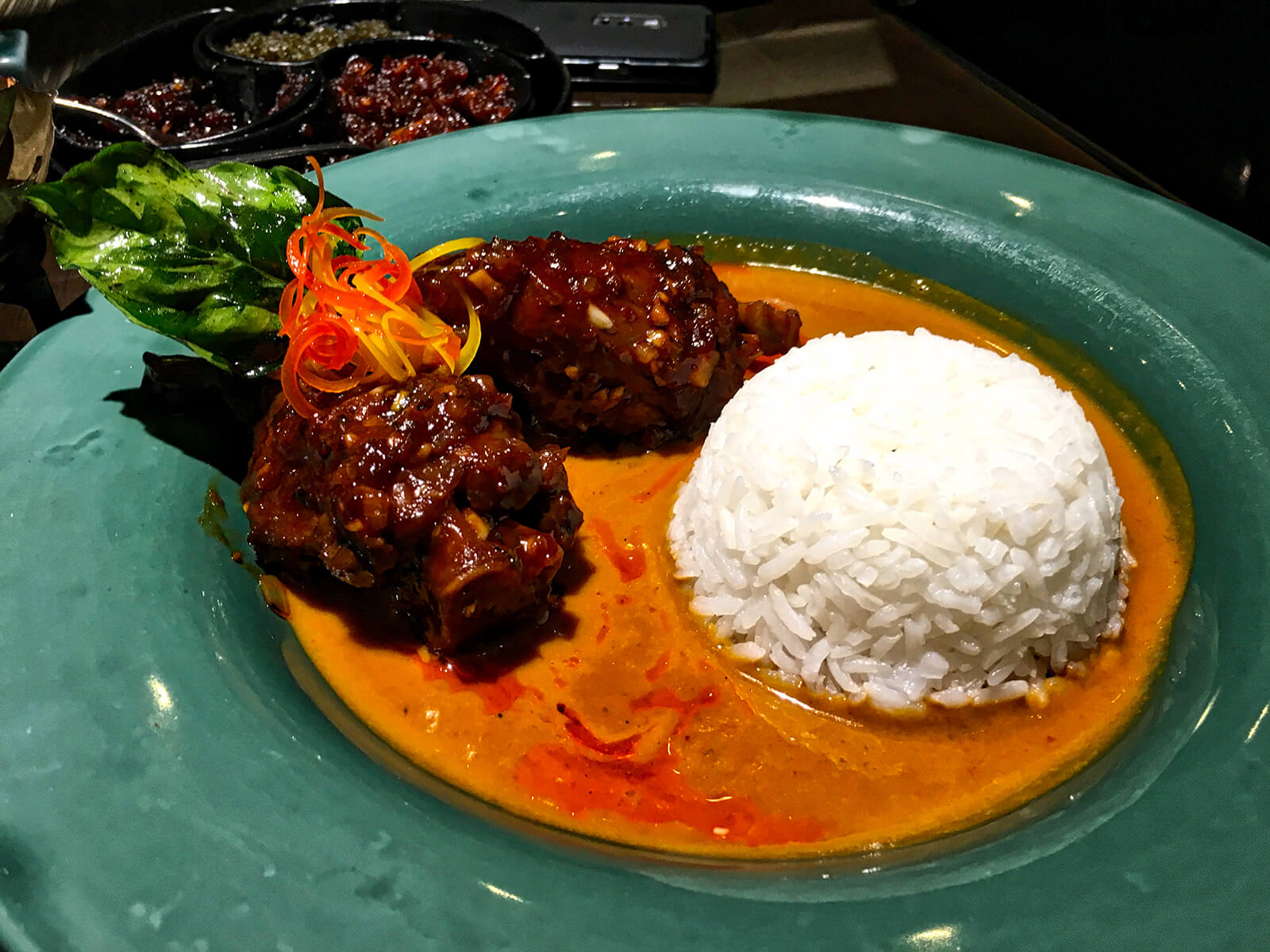 While the waiter started off in a good manner, he began to disappear and not tend to see what we needed. We were given cups but had to ask for tea. Either way, the service was top notch. The cutlery, the ambience and the furniture all fabulous, everything apart from the food.

We did not want to have any desserts here and left the place after the mains.